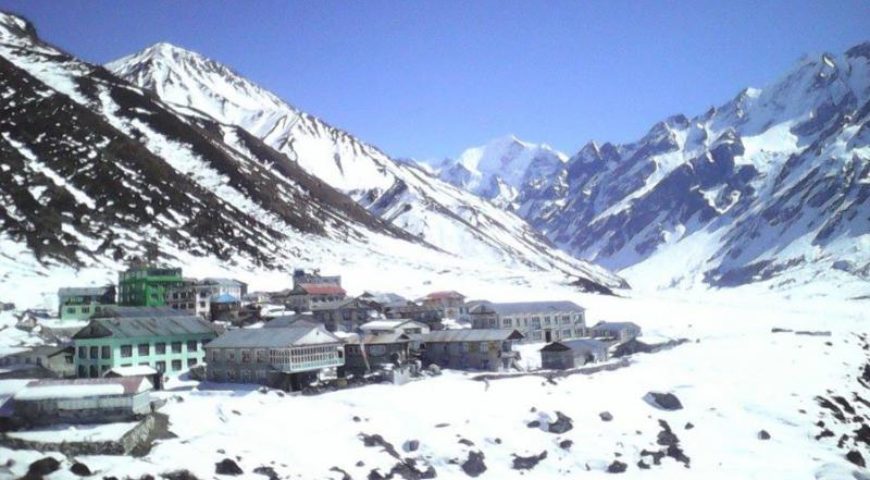 Langtang Region-If you would like to try on something quite different route, less often visited and not as crowded, Langtang valley trek may be the ideal alternative for you. Langtang trek is short for 10 days that provide you with types of rhododendron, bamboo forests, majestic waterfalls and the snow-capped Himalayas. You will take off your adventurous travel following a Kathmandu bus driveway into Syabru basin. You see ancient Buddhist monasteries and glaciers and enjoy the local tradition and culture. This hiking also can be continued into Gosaikunda lake and hidden valley Helambu.

Langtang Region-Langtang, Gosainkunda & Helambu trek begin in the ancient city of Kathmandu; from where you will board a bus to Syabrubesi; the starting point of your trek. This is an interesting village on the banks of the Bhote Kosi River. The trail gains elevation as you make your way along the Langtang Khola, first through forests of oak and rhododendron and then bamboo forests on the higher reaches of the trail. Traveling through Langtang (3,430m/11,253ft), you will reach the Langtang valley and the friendly Sherpa village of Kyanjing Gompa (3,870m/12,697ft). In Kyanjing Gompa you will experience the spiritual lifestyle of dedicated Buddhist monks who perform their rituals in a beautiful Monastery dating back to circa 1300 A.D. Early in the morning you will ascend Tserko Ri (5,000m/16,404ft) for a tremendous view of the Langtang Lirung (7,200m/23,622ft) range.

Langtang Region-A short hike will also be taken to a magnificent glacial moraine (4,300m/14,107ft), which can be climbed depending on the time factor and offers more spectacular views of Langtang Lirung and the foot of one of its major glaciers. There will also be the opportunity of visiting a traditional cheese factory, where the product is manufactured by hand. Once in Chadan Bari (3,330m/10,925ft), having traveled through Lama Hotel, you can relish magnificent views of the towering snow-covered Ganesh Himal (7,600m/24,934ft) and Langtang -II (7,227m/23,711ft) peaks. If lucky you might be able to spot the shy Red Panda that inhabits the Langtang region. Moving on to Gosainkund, watch the sun rise over a multitude of glistening Lakes of this sacred pilgrimage site. It is believed that Lord Shiva created the holy lake with his trident. After Laurebinayak pass (4,609m/15,121ft) you will also trek through some beautiful rice terraces and a number of splendid Buddhist monasteries around the delightful villages of Tarke Gyang and Sermathang (2,621m/8,599ft), before heading back to Kathmandu.